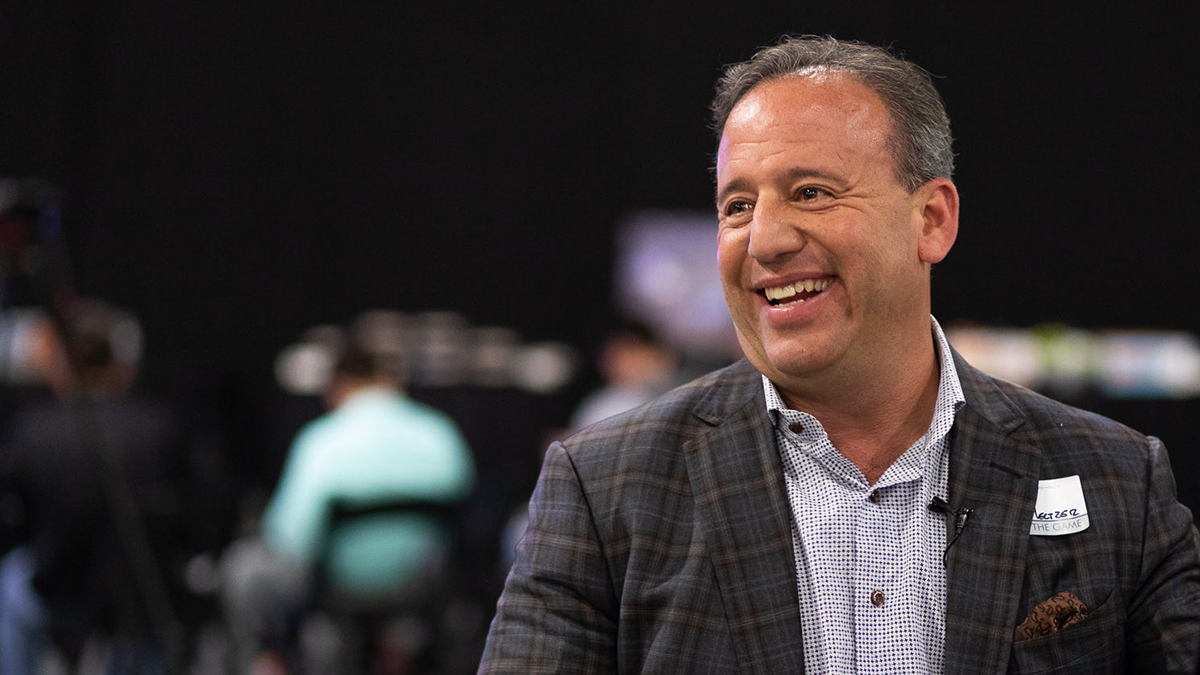 David shared that when people ask him how he has achieved so much success, he always starts by reminding them that nothing happens overnight.

Have you ever followed someone online, found value in their content, and after a while, you feel like you know them?

It happens to me every once in a while, and when I find someone whose content resonates with me, I’m hooked.

One of those individuals is David Meltzer, he is an entrepreneur, speaker, author, and investor. He also ran a sports management company for years, and this really got my attention because I have strong feelings about sports, especially girl’s participation in sports.

I grew up at a time and in a place where girls and women were neither expected nor allowed to be enthusiastic about playing sports. There were no explicit laws prohibiting girls from playing sports, but it was discouraged at every turn. I was told again and again, “Girls don’t play sports,” or, “sports are for boys only,” or that it wasn’t “proper” or “feminine” for girls to play sports.

I witnessed firsthand, girls being heckled for playing sports and the onslaught of accusations of unfeminine behavior towards these girls. This experience was a major influence on my life and when I came to the United States in the 1990’s, the culture of supporting women of all ages to be involved in sports was fascinating.

I was well into my path of becoming a doctor, and though I didn’t have time to get involved and play sports, I found myself spending free time and falling in love with the Pittsburgh Steelers. And my passion for sports only grew. One sport that I was randomly introduced to at a friend’s house in San Diego, was something called Mixed Martial Arts (MMA). She invited me to watch a UFC (Ultimate Fighting Championship) event. At the surface it looked like individuals fighting each other in a cage, but upon closer look, it was much more. In fact, I saw it as less of a fight, and more of a strategic match between super skilled athletes.

In an interview with Tony Robbins, Dana White, who is President of UFC said, “every one of us is a fighter.”

That totally clicked and resonated with me.

I have been a fighter all my life, but had never really thought of myself as one. I realized, after becoming a fan of the UFC, that my fascination with professional mixed martial arts fighting was about the fighter in each and every single one of us.

And this is why David Metlzer kept appearing in my social media feeds. During an interview with Jorge Masvidal, a UFC fighter, David got vulnerable and talked about his mother’s story, how she worked two to three jobs to take care of him and his siblings. He mentioned that the vision of his mother’s look on her face when she couldn’t provide for him, is what kept him motivated during difficult times.

In essence, at that moment, I saw the fighter in David.

That’s when I really connected with him.

You see, I was very close with my mother, and every look on her face influenced me.

It took a lot for me to gather the courage to reach out to David, as I wanted to learn more about his philosophies and how he approaches his life and business. I’m a doctor from San Diego, who is passionate about health, women’s rights, the Steelers, and yes, people fighting in a cage! Why on earth would David Meltzer want to talk with me?

But after months of internal dialogue, I finally convinced myself to try. Recently I’ve been inspired to put myself out there more, building my own personal brand. I’ve been writing more, and I figured why not step outside my comfort zone and reach out to David, to see if I could interview him for my Thrive column.

He agreed to connect, and as a result of the interview I learned more about David as a fighter and about his specific playbook for success.

Here are my biggest eight takeaways to add to your own playbook.

David’s mission is to empower over a billion people on earth to be happy one person at a time. With each person that he is able to connect with and inspire, he knows that he has one more person that he can empower to empower others. Using a mathematical equation, David is working to achieve his personal mission by finding a thousand people who will then go on to empower others to find what makes them happy. This cascading influence is what drives David’s daily choices. Once you have a mission, you can focus your efforts on achieving it.

Be Kind and Humble

David explained the importance of having a perspective that is based on humility. He tries to find the light in his daily interactions, and looks for the lessons that he can learn from others.  According to David, “True humility is knowing what we don’t know and asking others for their help.” It’s a simple and powerful reminder that will help you remain open to new ideas. This advice resonates with me, because as a doctor, I know that pride has gotten in the way of asking for help. This was a good reminder that I have so much to learn from my colleagues.

David got vulnerable and shared with me a dark period in his life when he lost everything. He was forced to take stock in who he was and what he wanted to become. “One of the key elements to my life is to take inventory of my personal experiential giving and receiving values,” he said. “Two years before I lost everything, my wife basically was not happy with me. I was lying, cheating, manipulating, overselling, and backend selling. She was the only one brave enough to tell me she wasn’t happy with me, and that was an awakening.” The lesson is to take stock of your relationships in real time, to ensure that you are on the right track.

“Gratitude has given me perspective my whole life,” David shares. He told stories of how his mom would make him go back up to his room if he wasn’t grateful. She changed his perspective early on, and David works to share this perspective with others. If you find yourself thinking negative thoughts, or second guessing your abilities, reset your mind and be grateful for everything you have. The simple act of thinking about what you are grateful for can set you up for finding the success that you deserve.

Motivation is a Temporary Status

David is a motivator, and that is apparent in his speeches, interviews, and videos. “Motivation is a jet fuel that can allow us to jet through the universe,” he proclaims. But he also cautions that motivation alone can suck you of all your energy. He goes on to clarify that, “Motivation will get us up and get us going, but it is inspiration that will keep us connected to the unbelievable source of power, light and love around us.” So stay motivated, but know that you will need to tap into inspiration to consistently get to the end zone and win the game of life.

Happiness is More Than Money

David shared that he has lived a life of extreme ups and downs. And he confessed that when it comes to finding happiness, it wasn’t from what he bought, it was from what he was able to give back. “The more I give, the more I receive, which helps me give even more,” he said. This simple philosophy resonates with me, because as a doctor, I truly find pleasure in caring and giving to my patients. I enjoyed this reminder to look for more ways to give, which will ultimately lead to getting more.

David shared that when people ask him how he has achieved so much success, he always starts by reminding them that nothing happens overnight. He goes on to explain that everything in life is a process, an evolution. David suggests to take your long term goals and break them down into smaller steps. If you have a project that will take years, he says to break things down into the months, weeks, days, hours, and minutes that it will take for each incremental step. He looks at his actions over time as a form of practice. This way, you can break down your success into small steps that you can get better and better at, as you work towards larger goals.

With all of the great advice and insights I got from David, I had one final question for him at the end of the interview. I asked him,” What is the one thing that you advise people NOT to do?”

Without much pause, he confidently said, “Whatever you do, don’t be a victim.”

Don’t Be A Victim

David shared with me some personal stories of his ups and downs. He shared that upon reflection of the downs, and when he was at rock bottom, he felt like a victim. In looking back, he realized that seeing himself as a victim was the exact thing that kept him from the success he was after. As soon as he owned his decisions and took responsibility for what went wrong, without placing blame on others, it was only then, that he was able to regain traction, and find his true calling. To help impact one billion people. And he realized that if you think of yourself as a victim, you are not able to live in abundance, and you are not able to help others who need your support and inspiration.

This final piece of advice resonates with me because I have oftentimes felt like a victim, and it has led to loss, financially, emotionally, and spiritually. His simple reminder to not be a victim is a piece of advice I will not only continue to heed, but will do my best to share.

Whether you grow up poor or rich, you will have to figure out a way to learn life’s lessons. You can take the hard road and make all the mistakes yourself, or you can invest in learning from the experience, success and mistakes of others. I am grateful for the opportunity to learn from someone like David, and I will be trying to incorporate some of his plays into my playbook.