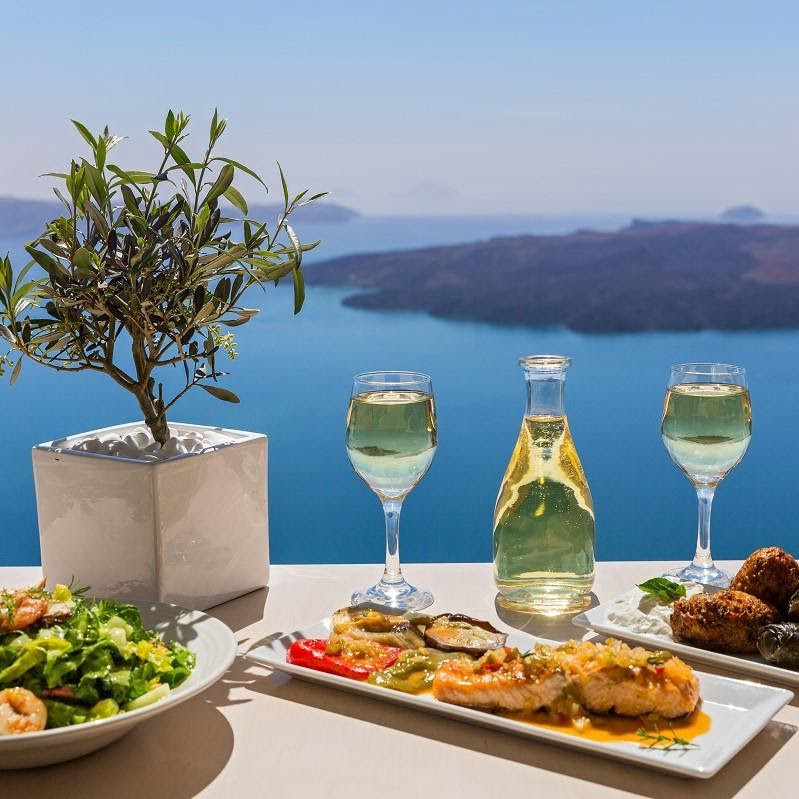 You’d think the odds were against my mother living a happy life. She raised nine children in Baghdad, Iraq during the regime of the brutal dictator, Saddam Hussein. As a Kurdish family, we constantly looked over our shoulders. You never knew when one of Hussein’s thugs would single you out to be beaten, or even executed.

My mother, however, had a wonderfully positive outlook on life. She was nearly always cheerful. I’m sure there were times when my siblings and I probably stretched her patience. And just striving to live under the repressive rule of Saddam could be an overwhelming, depressing existence.

So, what was her secret?

Research I’ve conducted over the last few years has led me to the conclusion that it was her diet, and lifestyle — the Mediterranean Diet. She wasn’t a “born optimist.” It was because she ate healthy throughout her life and enjoyed a healthy social life.

She didn’t go on cruises. She didn’t go on yoga retreats. She didn’t do movie nights or book clubs. The kinds of get-togethers many women in the West enjoy. But she was the one that family, friends and neighbors in Baghdad would gravitate towards. She always had plenty of visitors, who often showed up announced for afternoon tea. She had an uncanny ability to connect emotionally with people and lessen their anxieties and help calm their fears. She had a genuine, authentic, natural social existence. She was liked by everyone who knew her.

Her children and grandchildren adored her and treasured our long-distance phone conversations which kept us together mentally even though we were physically thousands of miles apart. Since she passed away, I so miss those conversations.

In my more mature years I counted on her just as much as I did as a youngster. When I felt sabotaged by so-called friends and family — too many times — it was my mother whose wise counsel and comforting words kept me strong. She would tell me not to burden myself with sadness but to place my trust in the fact that goodwill would prevail and a solution to any problem would appear.

What kept her so healthy and led to a good long life? I’m sure her diet and her social connectedness had a big role to play. And there’s scientific research to support my view. Studies in Europe, the U.S. and Asia with people of all ages bear this out.

Spanish researchers led by Almudena Sanchez-Villegas have conducted several studies investigating the role of the Mediterranean diet and depression and found positive benefits from eating olive oil, nuts, fruits, legumes and fish. Then they went further and in a first-of-its-kind study looked into the benefits of the Mediterranean “lifestyle.” They followed nearly 12,000 university graduates for a median of eight-and-a-half-years and monitored their eating habits and mental health with detailed questionnaires. Out of 11,800 participants there were 806 cases of depression. Those who embraced a Mediterranean lifestyle to the greatest extent — diet, level of physical activity, and level of socializing — showed a 50 percent reduction in depression risk compared with those who were the least involved.

Of course, as the researchers point out, eating together is the foundation of the cultural identity — family, group, community — throughout the Mediterranean basin. It’s something that doesn’t happen often in America today where most families seem to eat on the run, and sitting down for a family meal happens less and less.

On the other side of the world, meanwhile, scientists in Taiwan have also proved the combination of physical activity and fruit and vegetable consumption is a powerful cancer-fighting combination.

In the U.S. one study involved more than 9,000 members of the Adventist church who were over the age of thirty-five. They filled out questionnaires relating to the kinds of foods they ate and their mood. Those who ate food typical of the Mediterranean diet — vegetables, fruits, olive oil, nuts and legumes — were “happier” than those who consumed fast foods and sweets and desserts. (Although the negative impacts of red meat and fast food were obvious in women and not so much in men).

In another U.S. study about 3,500 people aged sixty-five and older were monitored for an average of seven years as part of the Chicago Health and Aging Project. The outcome was that the more someone followed a Mediterranean diet the less likely they were to become depressed. In fact, the rate of developing depressive symptoms was a staggering 98.3 percent lower among the top third of those who ate healthy versus the bottom third who didn’t. The researchers said, “Our study provides further evidence that adopting a healthy diet in older age confers many benefits, including protection against depressive symptoms.”

My mother didn’t need studies to tell her that. She got it right — and the proof is in the pudding (or, should I say, in the hummus!)