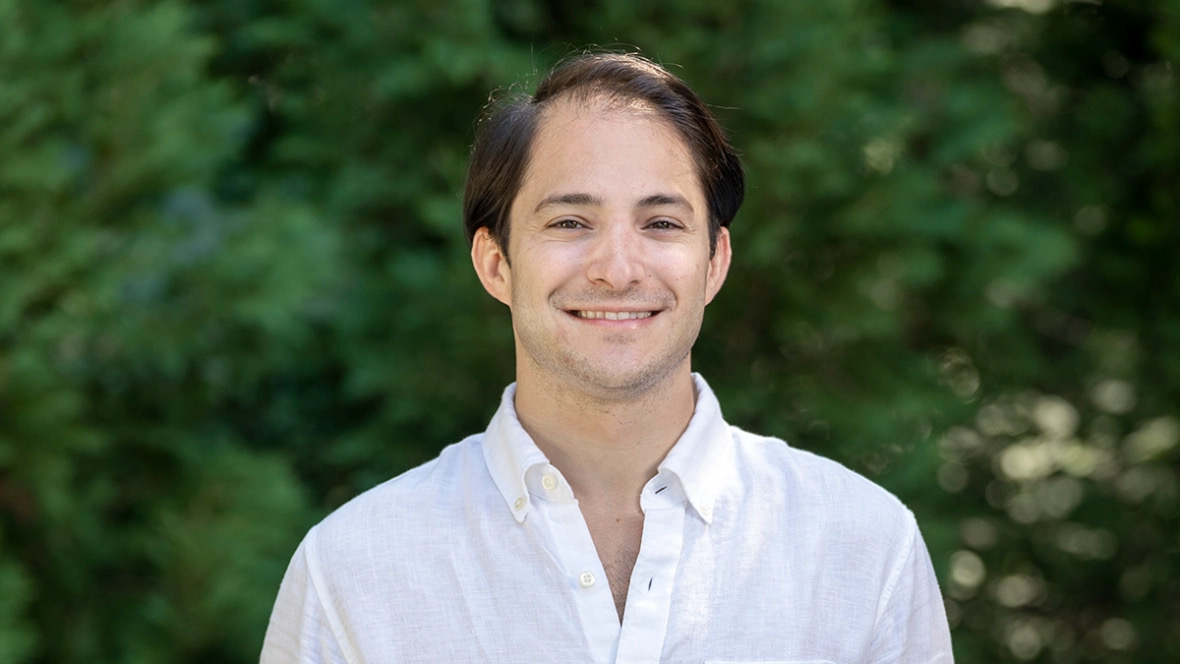 Stick with what you know: Speak from the heart, mind, and from a place of truth

My story for finding a passion for speaking began two years ago at a particular appointment with a beautiful 80-year-old female patient. She was a sweetheart, and as her physician I was struggling to manage her cardiac arrhythmias. I referred her to a cardiologist to meet with an electrophysiologist. He called me saying, “I need to start her on a particular anti arrhythmic medication, but she wants me to double-check with you first.”I said, “You’re the specialist. I’m trusting you with her care. So yes, of course, you should do that.” And he said, “No. She says she trusts you more than me and wants me to get your approval to start her on the treatment.”

At that moment, I realized that I wanted to become a speaker.

I convinced this sweet patient to quit alcohol and do many other good things. If she trusted me in my interactions and advice, then maybe others could trust me with other messages? Maybe I could impact a broader audience. I thought, “If I can make an impact on people’s health who are not my patients, I’ll be a very happy person.”

Today I’m proud to say that I’ve been speaking on various podcasts and just booked my first conference!

As I learn to become an impactful speaker, I’ve been taking cues from those who already have found success. And no one is more prolific than the one and only Gary Vaynerchuk. I love his energy, authenticity, and grit. I’ve been a fan of his for a long time. I recently discovered that he launched his speaker agency called VaynerSpeakers. So, I reached out to Zach Nadler, the CEO of VaynerSpeakers, and asked if I could ask him to share what he has learned working with so many great speakers. And low and behold, he agreed to chat!

Zach Nadler launched a career in marketing and management of Olympians in the 2008 Beijing Olympics. As his career progressed, he met more and more people in the professional speaking industry. Eventually, he landed at Creative Artists Agency (CAA) where he and Gary met for the first time. As Gary’s career grew, so did Zach’s, and the reason they continue to work together is that they are very much aligned in the way they think.

Gary, being one of the foremost speakers in the world, saw an opportunity to apply some innovation and some new ideas to the speaking industry. When Gary offered Zach the opportunity to run VaynerSpeakers, Zach couldn’t pass it up. Zach shared how fun it is to work with someone who is constantly pushing limits and disrupting multiple industries.

In my interview with Zach, I asked him to share top advice that he has learned from working with so many great speakers. To my delight, he shared tons of golden nuggets with me, and I picked my favorite 10 to share with you.

Zach continued by explaining the value of authenticity.

“Gary is authentic,” said Zach. “He owns his message, understands it, and doesn’t veer off into places that he doesn’t know.” Gary speaks on life experiences so he can speak from the heart, mind, and from a place of truth. These qualities make him prolific because people want to hear the truth.

Zach mentioned that Gary instills a “human element” in the work he does. “Gary’s the same person on- and off-camera. It’s just who he is…I think that makes him more effective because you know that you’re getting the real Gary at all times.”

2. Determine your own worth as a speaker

I asked Zach, How do you recognize a speaker’s real potential and true talents?

“There are some very significant personalities and speakers who I passed on because I didn’t think that they were going to be a success, and boy was I wrong.” Zach has also represented speakers who he thought would have succeeded but didn’t make it. He says don’t let someone else determine your worth as a speaker, just be the best you can be, and put in the work to get to your speaking goals!

3. The formula is that there is no formula

I kept asking for a formula, and Zach said without hesitation, “The formula is that there is no formula.”

Zach described how having a successful speaking career is complex and almost unpredictable. He said that like in any career, time and effort are required. However, Zach acknowledged that “happenstance” or unprecedented situations can also define your success.

Zach reassured me, “There’s no right or wrong way to go about a speaking career. You have to start with something.” He said that in speaking, there’s a “naturalness” that comes when being on stage, whether it be almost immediately or sometime after. So figure out a formula that works for you, and always be open to a little luck.

4. It looks easy when you see big-name speakers

Zach noted that speaking presents the opportunity to have a strong connection with larger audiences similar to connections one would have with one-on-one or focused group interactions.

However, he also mentioned that the larger audiences are, the tougher it is to establish credibility and rapport. Zach adds that emerging speakers tend to struggle with establishing familiarity, captivating an audience, and then maintaining their credibility by delivering a message.

“It’s a really hard thing to do. I think it looks easy when you watch big-name speakers doing it because you’re coming in with an expectation,” Zach said, referring to the perceived notion of success based on speakers who have popular and recognizable speeches, books, videos, etc.

When talking about building a relationship with the community, Zach addresses the many ways people connect. “It’s not a huge surprise to me that social media and the speaking industry’s rise happened in a similar timeframe,” Zach said.

He said that the best speakers grow their community on social media, and when fans show support through instant feedback, they engage and participate in the feedback loop. The trick is to do the same on stage as you deliver your message to an audience. Looking at community building this way allows speaking events to serve as a communal experience for both speakers and attendees.

6. It’s not what happens to you, it’s how you react

Zach mentioned his client, Ryan Holiday, who writes about ancient Greek philosophy, and his powerful message of stoicism: “It’s not what happens to you; it’s how you react to it.”

Zach also mentioned a long-time client, who is a Navy Seal, and his “Calm is Contagious” tagline that is powerful to remember as a speaker. The concept is that the emotions you emit are amplified back to you and vice versa. Over the years, Zach has come to love the speaking industry, and he’s learned life lessons from many great people. Zach mentioned that the idea of “calm is contagious” has served him now that he has a one-year-old daughter.

So whether you are on stage, or speaking to a toddler, remember, calm is contagious. And at the same time your energy is also contagious. So bring the energy you want to the stage, and your audience will catch it!

8. Success as a result of the success of others

“My success is more about my clients’ success. If I focus on their success, my success is just a mere byproduct,” Zach said.

“The speaking community is pretty small. There aren’t a million people doing this,” he adds. So focus on the success of the organizers, companies, and conferences that hire you, so that their success ends up being your success. Zach noted that regardless of a speaker’s personal goal or profit, the motivation is the joy and fulfillment it brings to them. He says speakers set out to do good and take part in their communities.

This tip really resonated with me, as speaking to share how people can lead healthier lives, genuinely gives me joy.

9. Look at the past to make progress

At VaynerSpeakers, Zach is always examining what is working and what isn’t, trying to understand how the company achieved those results. He said, “It’s easy to just say we want to be successful, but if you don’t look and see why you’ve been successful, it’s impossible to grow. And so we do spend time looking at those things because it’s important.”

This trust and credibility are what Zach says allow people to trust VaynerSpeakers with their careers. “We’re representing them. We’re advocates for them in the marketplace. And so there’s a lot of pressure, but we look at it as an opportunity, not as fear,” he noted.

When discussing virtual versus in-person speaking events, Zach had some interesting thoughts.

Zach mentioned that “virtual is forever.” He acknowledged that virtual is cost-effective and allows for a wider audience. He recognized that in-person events are limited to any one community geographically or groups of people.

In comparison, Zach also acknowledged the meet-and-greet factor that only in-person events can offer. He said, “‘The let’s sit down and talk about this idea’ cannot be replicated right now, unless you’re onsite at an event.” He emphasized the importance of human connections at such events.

Zach also noted the opportunities for more hybrid events that allow for even more audience expansion. So regardless of the world going back to “normal” soon, don’t underestimate the value of honing in on your digital speaking skills!

I found Zach’s words about doing good and succeeding through the success of my community to be meaningful and inspiring.

The connection and relationships I’ve built and maintained in my community are special. They are more than just my patients. They’re my community, they’re neighbors, family of neighbors, and friends of friends.

For this reason, I began to think about how I could translate the connections that I’ve built in my small community to a larger audience. Through speaking, and with the help of Zach’s wisdom, I’ll continue to influence individuals to make positive and healthy life changes.

What tips would you add to Zach’s list? Tweet me your additions, as we all work to sharpen our speaking skills. And if you are looking for a speaker to connect with your company or conference about how healthy habits translate to business success, then visit my website to learn more about the topics I speak on!